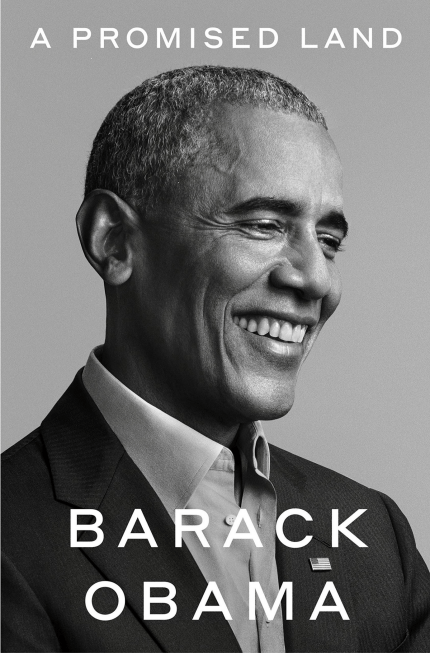 A Promised Land by Barack Obama


“Politics doesn’t have to be what people think it is. It can be something more.”

When Barack Obama started his rise to power, I felt hopeful but sceptical as well: Would America, of all nations, really elect a Black man as its president? And who was that guy anyway?

As a German, I had been vaguely aware of Obama but I knew next to nothing about him. That would change over time but do little to alleviate my scepticism: Even if this guy was for real, even if he truly believed what he said about change and equality – would this man stay true to his ideals? Would the power he was seeking corrupt him?

The first surprise came when he was actually elected as the next President of the United States of America. I became a little more hopeful. That was a powerful sign for the better – the first Afro-American president.

Obama didn’t deliver on all his promises – Guantanamo Bay detention camp still exists today for example. And yet… Obama helped the world through a recession that could have been much worse. He made “Obamacare” reality. Obama helped further LGBT rights in America and all over the world.

To me, personally, Barack Obama is an example for an honest, realistic but idealist politician. Thus, it was with some worry that I started reading the first part of his presidential memoirs, “A Promised Land”.

Would I be disenchanted? Would Obama be honest? Had I been deluded about him? The answers to those questions are a resounding “No!”, “Yes!” and “No!” respectively.

»Whatever vision I had for a more noble kind of politics, it would have to wait.«

Obama tells us about his rise through the ranks and, to my relief, he might not always have acted as “cleanly” as I had hoped for but he mostly did. Obama is quite honest about it and he strives to be better.

Throughout the entire 1.000 pages, Obama is not only honest about himself but fairly often self-deprecating and employing a dry humour:

»I mean dumb choices in the wake of considerable deliberation: those times when you identify a real problem in your life, analyze it, and then with utter confidence come up with precisely the wrong answer.«

From humble beginnings (»She [Michelle] reminded me that we had student loans, a mortgage, and credit card debt to think about.«), armed with the best intentions (»the best we can do is to try to align ourselves with what we feel is right and construct some meaning out of our confusion, and with grace and nerve play at each moment the hand that we’re dealt.«) Obama rises to the daily challenges during his political career and always keeps that “moral compass” close at hand to try and do what feels right.

Obama obviously knew what was at stake because »I know that the day I raise my right hand and take the oath to be president of the United States, the world will start looking at America differently.«. And many of us did.

It was Obama who paved the way for “a skinny Black girl” (Amanda Goreman, at Biden’s inauguration) to dream of becoming president. Even before Goreman recited that, Obama wrote: »I know that kids all around this country—Black kids, Hispanic kids, kids who don’t fit in—they’ll see themselves differently, too, their horizons lifted, their possibilities expanded. And that alone…that would be worth it.”«

This book is testament to Obama’s efforts, his successes as well as his failures. On the down side, it’s long, often very “dry” and especially the deliberations about dealing with the financial crises were very extensive and, to me, too long.

Most of the time, Obama is conciliatory towards his political opponents. At times, though, he is very outspoken about his feelings:

»I wondered when exactly such a sizable portion of the American Right had become so frightened and insecure that they’d completely lost their minds.«

Truth to be told, I’m not sure I’m going to read the next part of Obama’s memoirs, though: These one-thousand pages were – at times – the hardest “literary nut” I had to crack and I barely made it through the book.

If you – like me – appreciate what Obama stands for and what he accomplished and “just” want to know if he was acting truthfully and honestly then, yes, I fully believe so after reading this. That gives me hope.

The fact that America went on to elect the orange menace into office was a setback that might yet be balanced by President Biden and, potentially, the first female Afro-American president.

Let’s hope together that Obama will keep playing a role in international politics because I truly believe we need more people like him, or, in Obama’s own words:

»So long as young men and women like that exist in every corner of this earth, I told myself, there is reason enough to hope.«