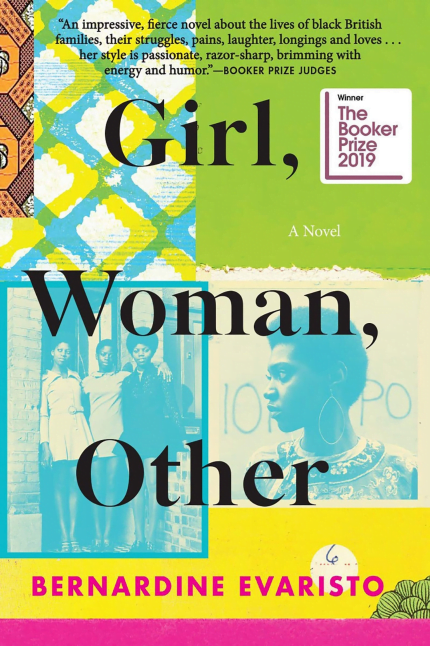 Girl, Woman, Other by Bernardine Evaristo


It must have been around 2014 when I was at Mannheim’s (south-western Germany) Paradeplatz (the former parade grounds near Mannheim Palace).

I was smoking and watching people when a young woman approached another nearby male smoker – only to be shouted at aggressively. I, in turn, shouted at the guy, went there and he left whereas I proceeded to offer the woman a cigarette which was what she had asked that other guy for.

I asked her what that guy’s problem had been. She looked at me curiously and told me to take a good look at her. Somewhat embarrassed I did – had I missed something about her?! I didn’t notice anything – to me, she looked just like you and me.
I apologised for obviously being daft to which she deadpan replied “I’m black”.

Yes, I can be a bit on the naïve side but I honestly hadn’t consciously noticed and I had hoped that especially in my country, Germany, with its history, in a major city and in modern times, the skin colour had ceased to be an issue. The conversation that ensued changed my mind about that for much, much worse.
I’m grateful for making me aware of what I had hoped had gone with the bad old times.

This book challenged my perceptions again. First of all by omitting most punctuation, almost universally using lowercase characters (apart from names!) and cleverly using formatting to transport content.
I was truly annoyed at first but quickly got used to the style and when Evaristo used it to create ambiguity I started even liking it – to the point where I basically fell in love with the author’s style.

Nothing could have prepared me for the stories of her very diverse cast which simply blew me away. When I read in the blurb about this book being “Joyfully polyphonic and vibrantly contemporary” I immediately discounted that as marketing hogwash whereas it’s probably the best and most concise description of its contents.

Most of the cast are in some way related to each other – from Carole who tells us about her teacher “Fuckface King” whom we later get to know as Shirley and from whom we learn why she became the way she was to Morgan whose story broadened my mind with respect to gender.

The intricately interwoven lives of those 12 people – girls, women, others – stand for the diversity of society as a whole and for lots of lives into which we are allowed some intimate insight on a level most of us wouldn’t dare to ask.

Lightly told in modern language but not once shallow, we pretty much witness discrimination, equality issues on many levels and coping strategies. Evaristo avoids judgement and instead tries to help her readers come to their own understanding – and fairly often succeeded when I found my own prejudices being challenged. At times, I felt ashamed of myself. Never judged, though, but rather challenged.

Thankfully, despite its challenging stories and style, “Girl, Woman, Other” is also full of humour, e. g. when Amma finds herself living in a derelict building with very diverse and politically charged co-inhabitants:

»the Marxists demanded they set up a Central Committee of the Workers’ Republic of Freedomia, which was a bit rich, Amma thought, seeing as most of them had taken ‘a principled stand against the running dogs of capitalism’ as an excuse to not work«

If this wonderful book has a tiny flaw it’s that it’s – at one point – very slightly longer than it should have been. I was about to withhold one star for that reason but when I was finished, I felt I couldn’t award less than a full five stars to a book that changed my mind.

The dedication couldn’t be more fitting:

Ultimately, I’ve read twelve simple, powerful, unforgettable stories that I cannot recommend highly enough to anyone with an open mind.

Or, to use this books own words:

»a five-star review has already been uploaded online from one usually savage pit-bull of a critic who’s been uncharacteristically gushing: astonishing, moving, controversial, original«