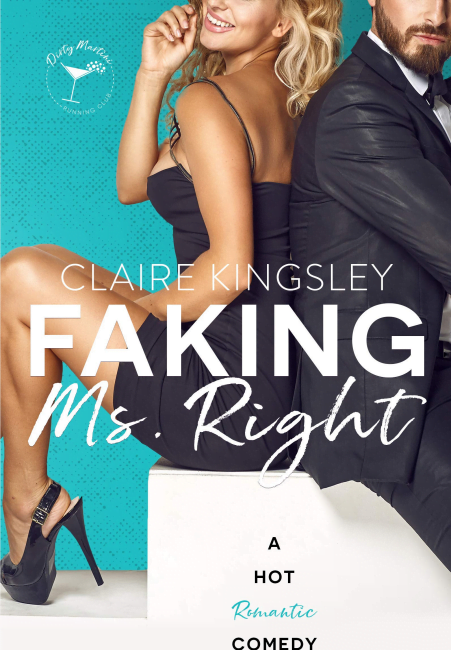 “He turned back, meeting my gaze, a disarming openness in his eyes. Right there, in that exact moment, I did a terrible, terrible thing. I fell in love with my boss.”
(Just to let you know what you might be about to read. 😉 )


This was another quick and easy read just to relax. I wanted something amusing and entertaining and this “romantic comedy” was just the thing. “Faking Ms. Right” is about Everly, the sunshiny assistant of Shepherd Calloway. Shepherd mimes the cold-hearted robot but is, of course, a great person deep inside.

To get back at an ex-girlfriend who now dates his own father (yikes!), he manages to convince Everly not only to fake being his girlfriend but to even move in with him. This being a romantic comedy what has to happen happens and they fall in love. Since it’s a “hot romantic comedy” the story encompasses all kinds of encounters in some detail…

This is by no means a demanding or sophisticated book but both Everly and Shepherd are fun and irresistibly likeable and the chemistry between both feels just right. A quick dose of Everly?

“The truth was, I liked making people happy. It was my catnip. Getting someone grouchy to smile? Best high ever.”

Yes, it’s clichéd and so is the entire book – and this was just what I expected and wanted.

Shepherd is somewhat possessive and neanderthal but, hey, I enjoyed even that:

“But there was a deeply primal part of me that wanted to insist—no, command—that she wear my ring at all other times. Running, shopping, out with her friends drinking martinis—I wanted that ring on her finger.”

The story is told from both Everly’s and Shepherd’s perspectives and mostly switches between them from chapter to chapter which often distracts me but was executed perfectly in this case.

The only thing I found somewhat annoying is the author’s excessive use of the “f-bomb” – and I usually don’t care about that at all but once per sentence at times is a bit much even for me.

Ultimately, this is nothing you have to read but if you (occasionally) enjoy a romantic comedy in the cinema or on TV, you’ll feel right at home in this book.