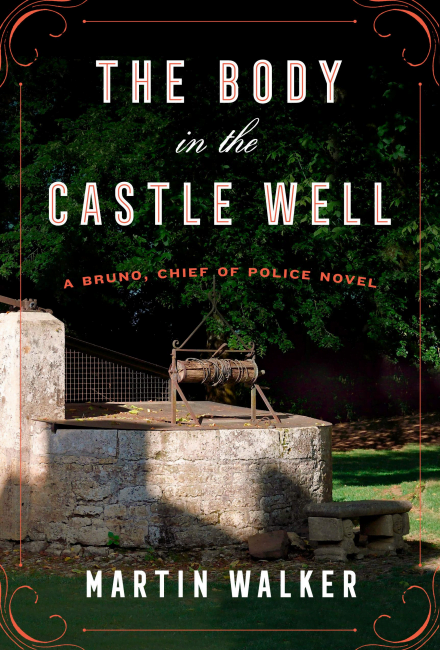 The Body in the Castle Well by Martin Walker


Bruno, you know I just love following your adventures around St. Denis. Unfortunately, just having finished the 12th outing – The Body in the Castle Well – I feel tired. Tired by the never-changing tides in St. Denis – there are even two love stories which are rehashed (again!) – and the complexity of the mystery. (And there’s a third love interest to boot!)

The Bruno mysteries always were a “place” you gladly came back to because while things were moving on, they didn’t change abruptly. Bruno would always be that local cop everyone liked and who did a good job not just enforcing the law but making it work for the people it was made for.

Also, while the story always had some connection to current topics, it was never really forced but (mostly) believable. Bruno’s adventures with Isabelle, Pamela and, sometimes, others were mostly amusing and engaging and simply “fit” into the context.

Fast-forward to Bruno no. 12: The story is complex and confusing about document forgery, a WWII master forger, his brother-at-heart and the descendants of the French fascist militia. Confused? Me too.

Oh, and there’s the body in the castle well who used to be a rich art student who wanted to uncover art forgery, potentially to make a name for herself.

There’s still a lot of Bruno in this book – cooking, a few (but way too few!) of his friends, him being everybody’s darling and being nice to everyone – even the kids of his newest love interest (“We stir the pasta so that we can eat and the sauce becomes magic. If not, it’s very tragic.”).

It’s barely (if at all) enough to be recommended to anyone but the staunchest of Bruno fans (and I think I am!)., though.

If Walker has issues continuing, not rehashing, Bruno’s story maybe he should take a break or even put Bruno to rest without further ado.

Because you definitely deserve much better, my dearest Bruno!