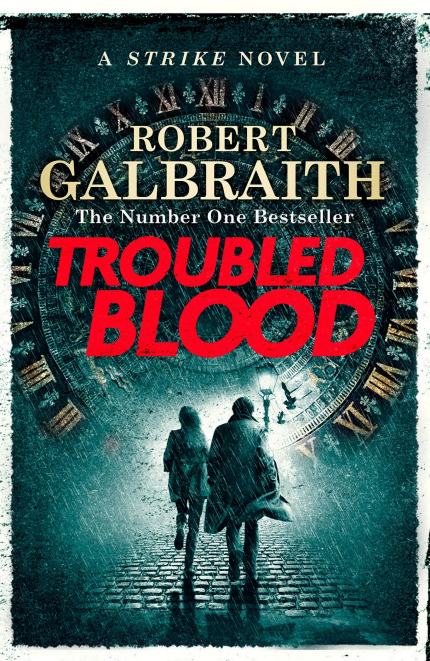 
To get one thing out of the way right at the beginning: It’s just a disguise. Creed himself says so.

Nevertheless, I’ve been informed by my daughter – who tends to be right (woe be me!) – the author proudly presents views the Dark Ages are rightly about to reclaim. Those views of the author are deeply offensive to many – me as well. And, yet, they do not diminish the greatness of this piece of art.


2021 starts out well, reading-wise. I’ve liked Robert Galbraith’s “Strike” novels from the beginning because Galbraith’s characters were so relatable.

The eponymous Cormoran Strike, former soldier, now a detective, who lost one of his legs in war. Robin, who starts out as a temporary worker at Strike’s then-struggling agency as a secretary, but who becomes Strike’s business partner and confidante.
Then there’s Strike’s glamorous ex-fiancee, Charlotte, his estranged rockstar father Johnny Rokeby and Leda Strike, Cormoran’s groupie mother.

In the beginning of the series, that’s pretty much the entire primary cast – apart from the victims, the perpetrators, the witness, etc. – and that would already have been enough because the chemistry between Strike and the others is interesting and vibrant. Especially with respect to Robin…

At this point in the overarching story arc Galbraith is obviously in full command of his cast and at the top of his game so far. So, where are we? (Potential mild spoilers for the previous novels follow in the next paragraph solely which you can safely skip if you intend to read the first Strike novels.)

Strike’s and Robin’s detective agency is booming with business. In spite of getting two sub-contractors on-board, Barclay and Morris, Robin and Strike actually have to make use of a client waiting list.
Robin has finally gotten rid of her soon-to-be ex-husband, Matthew. She finally realises what she really wants – namely her job as a detective.

“Troubled Blood” primarily focuses on a cold case which an annoyed Strike only actually takes to get rid of someone buggering him. Strike and Robin are supposed to find out whatever they can about the disappearance of a GP (general practitioner) – 40 years after the fact!

While England at large strongly suspects convicted serial killer Dennis Creed – who sometimes disguised himself as a woman – did away with Dr. Margot Bamborough as well, her daughter Anna isn’t quite as sure. As are Robin and Strike after taking a closer look…

Thus ensues the longest (at 1.200 pages) and yet most entertaining mystery I’ve read in recent years. It is not often that I read such a monument of a book and actually enjoy every minute spent “inside” it.
Not only do we get to see the cold case to its fascinating conclusion, but we learn a lot about Strike but never explicitly so or heavy-handedly…

»The truth was that his feelings contained nuances and complications that he preferred not to examine.«

»In spite of her tiredness she found her spirits buoyed by the glorious morning, and the idea of Strike waiting at journey’s end.«

In spite of being mostly story-driven, we get to know a lot about Strike’s family, too – especially his aunt Joan – as well as his immediate friends, like his oldest friend from school, Polworth.
It’s in the way how Polworth especially would be willing to let the world burn but not Strike down that we really get to know who Strike really is.

As well as in his relation to his (half-)siblings, their offspring (“a whiny little prick”, “a complete arsehole” (death-defyingly said to their mother…) and a decent boy) and his father, Rokeby. In all these relationships, Strike tries to be honest and this makes the entire book feel honest.

One might wish as I did, that both Strike and Robin talked more to each other. There were many scenes during which I wanted to actually shout at both of them (and during one particular scene I did…).

Due to all this, it was entirely and unreservedly enjoyable to read these 1.200 pages – and this is truly rare. In its genre, “Troubled Blood” is probably the best book I’ve read in years and near-perfect.

Five out of five stars!